If you’re looking to add the cloud to your IoT projects, one of the most powerful products available is AWS IoT Core. It’s a collection of IoT-related services and features rolled into one package, allowing data from edge devices to flow into the rest of AWS. Once the data has reached AWS, there are a lot of things you can do- from simple operations such as logging, storage, and event triggering to more advanced actions like machine learning and anomaly detection.

Let’s not get ahead of ourselves though- first, the device has to connect to the service! AWS IoT Core requires authentication via X.509 certificates. While loading them onto a Raspberry Pi is fairly straightforward using the AWS IoT SDK, it is a little more involved for ESPs (both 32s and 8266s). In this post, I’ll walk through my current methodology for loading these certs onto an ESP8266 so you can start integrating your IoT projects with AWS IoT Core.

The methodology and code in this post is based off of the work of Evandro Luis Copercini (github/copercini), who has some great examples in their esp8266-aws_iot repository.

While this post was written in the context of connecting to AWS IoT Core, the methods of transforming and loading certificates to a WiFi Client connection should hold up for other uses. This walkthrough was done on MacOS- I’ve run into issues attempting this on a Windows machine running WSL (Windows Subsystem for Linux), and I’ll note where that comes up when we get to it.

The ESP8266’s security libraries don’t like the keys and certs in their native format, but they do like binary DER encoded certificates. Fortunately, this is a simple process using the openssl tool.

The Certificate Authority and Certificate are both converted using the x509 subcommand, and the command is written to change the file name to something more generic so the certificate loading code can be re-used more easily.

Note: I have not been able to get this working on a Windows machine with WSL (Windows Subsystem for Linux). I’ve only been able to upload files on OS X, although I suspect a dedicated Linux machine would also work. Maybe this is a FAT vs. NTFS issue? If you’ve figured out how to do it, please let me know! 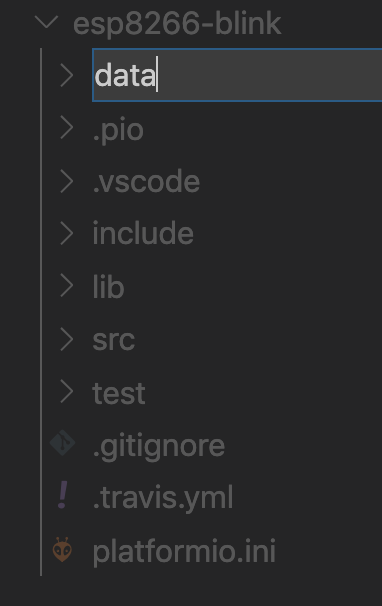 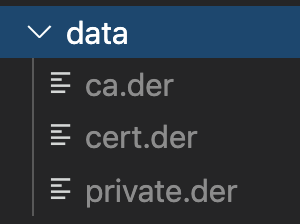 Now that the certificates are loaded into the device’s flash memory, we need to add them to the WiFi client.

I can’t take credit for the code that loads the certificates! The example I used to get started is from copercini/esp8266-aws_iot.

I’m reposting edited portions of their example code. If you’d like something you can copy/paste, grab it from their repository- they deserve the credit.

First, the libraries that we need to use:

These should get moved out to a secrets.h file that is in .gitignore, to avoid putting credentials in version control.

Then, establish clients to talk to the NTP server to get the current time

Declare a function that will be called whenever the device receives a message- in this case, it prints the topic and message contents to Serial.

Declare a WiFi client and pass it to a PubSub client that will connect to AWS.

The setup_wifi() function is pretty standard until the end, where the espClient time is set to the NTP time. This is necessary for certificate decryption.

The reconnect function is called whenever the MQTT connection drops. It attempts to reconnect- if successful, it publishes a message. If not, an error message is logged to Serial.

First bit of the setup function is straightforward- initialize Serial and set up the wifi connection.

Now the cert loading starts. In my code I actually moved this into the setup_wifi function, since that function handles similar operations such as setting the X509 time on the client connection. It could probably be simplified further.

The files each need to be loaded to memory from the file system and then loaded to the client connection. This pattern gets repeated 3 times- for the cert, the private key, and then the certificate authority. There is a delay between the three operations that I’ve been able to reduce without affecting performance.

The loop portion of the example reconnects to the internet if the connection drops, and periodically publishes a message to AWS IoT.

Using this pattern, it is possible to read DER encrypted certificates and keys into memory and add them to the AWS IoT client connection. If everything is configured properly (double check the device certificate policies!), the device should connect to AWS IoT and publish messages as well as log messages that it receives.

The possibilities are endless once a connection to AWS IoT Core has been established. Using AWS IoT Rules Engine to filter and delegate messages, it is possible to trigger all sorts of events and functionalities within AWS. Your IoT project now has the power of the Cloud at it’s disposal!

Are you building any cool IoT projects using AWS? I’d love to see them! Leave a comment below or shout at me on Twitter!